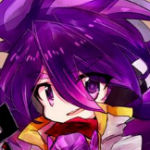 ~ Ohayo! You can call me Suphiel, I'm currently an inactive member due to the fact that I don't play anymore, although visiting this wiki brings back memories.I visit rarely checking new purple cards.

Ogre Wizards are being created one after another and their effects are so hype not to mention their card art ( so anime-ish hahaha want to collect them so bad QwQ). I love dark snakes too!

Don't forget to check these pages:

Look! the iconic purple X-rare, first time seeing it I thought it was neat, now that I think about it... it really is neat! Usually purple cards effect are depletion so having this card on store will really help ya once you managed to ma

1 of 8
Add photo
ke all the spirits only have one core. Also, purple cards tends to give you an advantage by drawing cards, but you can't summon them right away because of the costs, but this card can give ou a bunch of cores if you use it correctly.

Man, I want this card so bad probably because it looks like desperado but more godly. LOL the effects are GODLY too, as long as I have an ogre wizards even the weak ones I can instatly kill a spirit for sure.

I'm a bit dissapointed that this card isn't included in the family of Ogre-wizards unlike its origin The SevenShogun Beelzebeat. Although with this card I don't have to worry when my spirit got destroyed, I can even discard them without paying the cost and the summoned effect can still be activated. SO NEAT!

I wasn't into "curse" effect back then, but upon receiving a bunch of spirit with "immortality" effect (The DarkKnight Bors) and a nexus that can give them "curse" effect (The Shadow Hiding Clock Tower), in addition with Bi-Jaou I can create a "curse-immortality combo". Also, dont forget that they can attain a "destructive curse" ability when blocked because of this card.

This got to be my favorite Dark Snake spirit, aside from its low cost I can even summon them after being destroyed. Along with Merduk all of my Dark Snakes and even my Immortals are unstoppable! Also, noted that its cost can revive The DarkKnight Bors (which can be summoned free if I have some Kitsunaby at the battlefield).

I rarely summon this one because of its high cost. Although I must say that once this spirit enters the battle it's really worth the core (kinda reminds me of Desperado). Yep I also have its brave sword partner card  The FlashSoulBlade Lightning-Shion, which is really helpful, but sometimes I have to brave this with my other X-rares.

I love using yellow cards sometimes, like The FairyKnight Peter (because of its "holylife" effect and purple reductions). Now this got to be my favorite yellow card, forget the angels because this witch waifu-material is the best! Yeah it works well with Depletion combo and also have an "immortality" effect but most importantly this card is an ANTI-DECK DESTRUCTION weapon.

LOL this is the best anime-ish purple card I ever seen! At first I wasn't so sure about its effects but then knowing what the effect really does, it's so NEAT! With this card, Depletion combo is so easy and it can even obstruct lv2 effects of a nexus!

Retrieved from "https://battle-spirits.fandom.com/wiki/User:SUPhiel?oldid=149404"
Community content is available under CC-BY-SA unless otherwise noted.