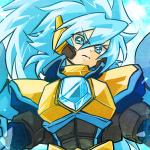 What's up? Kenzaki here! I am quite new to this page but I played Battle Spirits for quite a year. I like visiting this page to discover new cards and stronger strategies.

I am a red deck user and when I play, I mostly destroy my opponent's spirits with lower BP with my own Spirit's effect. I still continue to play and battle my friends and collect more cooler cards for my deck.

I am also a blue deck user. My deck is consisted of mostly fighting spirits and is specialized with the Great Demolish effect.

I look forward to battle with other Card battlers who are stronger than me because that is the way I train myself. :)

Retrieved from "https://battle-spirits.fandom.com/wiki/User:Kenzaki16?oldid=71866"
Community content is available under CC-BY-SA unless otherwise noted.