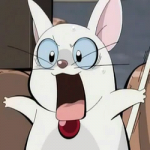 aka The Biggest Flavor Text Nerd in the West

Cute girls are my jam. Also, Photokatsu took over my life.

On tradecardsonline as double, though typically my presence there is sporadic. I've been known to scanlate manga and maybe subtitle things on the side. And of course, I'll always be translating flavor text and sometimes the cards themselves here as information is released.

If you want something to be translated fast, the best way to get me to do it is to make the page with everything filled out except the translations. Translating is the fun part, working with templates and categories and stuff takes a lot of time that I could be using to do, you guessed it, more translation work.

Retrieved from "https://battle-spirits.fandom.com/wiki/User:Daburu?oldid=114474"
Community content is available under CC-BY-SA unless otherwise noted.