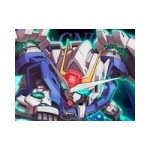 I am 00-gundam, the name from the animation Kidou Senshi Gundam-00 by SUNRISE. I used this nickname when I started joining a web forum CO-CO!. I had started translating the text of Battle Spirits Card since BS11. Before doing translation on my own, I used to read other translated card lists by mainland chinese authors. Yet I found there were so many errors and misleading in the translation. So I commented on their card lists and suggested them for a double-check when posting the articles. I was ending up with the blaming of other passers-by and the author. From then on, I was determined to make my own card list for other players.

So at first I only provided some simple and not standard written style for the users in the forum. However, since some members complainted my written style and suggested me extend the cardlist with some flavor texts and photos, I started constructing a more formal cardlist. I always stay at the computers doing my translation on the release days of every products. After half a year like this, I found that the server of the forum was not stable and always stuck and crashed before the release days. Hence I arranged a website to store my card lists. The easiest and most convenient ways was to use a blog.

Finding a good blog provider was difficult, I had no way that I used Yahoo! Blog (Now this function is not available) to store my articles. At first I found it was easy and just copied all my articles from the forum. I was upset, however, to find that the blog was very lagged when I saved and edited my articles. It made me annoyed and finally I turned a blind eye on it after using another blog.

The second blog ,also my current blog, was founded before the release day of BSC11. It provided so many functions on the blogs and I had more freedom in editing the template of every pages in my blog. So I immediately copied all card lists in the old blog. Until now, I have spent more than 3 years on the blog.

I hope there may be more elements and functions added in my blog in future. The more important is your support and suggestions on my blog. Thank you for your support for a long time.

Retrieved from "https://battle-spirits.fandom.com/wiki/User:00-gundam?oldid=96365"
Community content is available under CC-BY-SA unless otherwise noted.