Ranmaru Shikigami (紫鬼神蘭丸) is a character in the anime and manga series Battle Spirits Burning Soul.

Ranmaru has long spiked hair, which comes down in a ponytail. It is mostly blonde, but with some purple bangs. He has orange eyes. He wears a long shirt which is promarily white and purple, with some pink trim, and baggy white pants. He also has black arm coverings and black shoes. He wears a black necklace with a blue orb.

Ranmaru is cryptic. He sneaks around behind the scenes in order to manipulate, and is loyal to his master, Dairoku Tenmaou. He also has a sadistic side.

Ranmaru is one of the followers of Dairoku Tenmaou. He is a purple battler.

He appears in the woods to challenge Kanetsugu Houryokuin. Although Ranmaru loses, he seemed to have not been trying hard. After that, he gives Kanetsugu a new card, and tells him that he can use Soul Core better than the other battlers in Musashi. It seemed that this was also on Dairoku Tenmaou's orders, who wanted to back Kanetsugu for unknown reasons.

Ranmaru watches the battles to decide Musashi's best battler. He is impressed but unsurprised when Kanetsugu defeats Souun Gunjou.

At first, Ranmaru claims to want to help Kanetsugu, and also brings along Toukichirou. However, once Kanetsugu loses in his rematch with Yukimura, Ranmaru quickly turns on him. He challenges Kanetsugu to another battle, this time taking it seeriously. He admits to losing on purpose the first time. This time, Ranmaru wins.

In Kanetsugu's place, Ranmaru decides to rule over Musashi. He and Toukichirou force the children there to all use copies of Kanetsugu's deck, banning them from Battle Spirits if they won't listen.

Toshi later defeats Ranmaru in battle, when he and others went to free Kanetsugu and save Musashi. 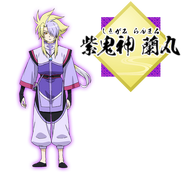 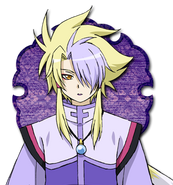