Nobushii is a character in the anime and manga series Battle Spirits Double Drive.

Nobushii wears a white cape that extends to his head. Underneath his cape, he holds the 99 cards he had taken from winning battles. He has a black mustache and a beard. Under his cape, he wears a red robe, gray pants, and brown boots.

Nobushii is very selfish, going as far as to using an enormous boulder to block off a path to a town in order to take the passerby's rare cards.

Nobushii is a Battler of Darkness who used an enormous boulder to block off a path to a town. Anyone who wanted to pass had to battle him, and when Nobushii won, he'd take their rare card.

After winning 99 cards, he was confronted by Towa, who had stolen Shunta Mogami's deck in order to battle. When Shunta himself arrived, Nobushii recognized Shunta as the red hero, and challenged him in order to make Shunta's God-King his 100th card. Nobushii ended up losing, freeing up the path.

Nobushii uses a red deck that is a copy of Hajime Hinobori's deck from Battle Spirits Heroes. It has contained at some point the following: 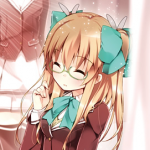 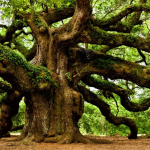