He wears a white mask with the appearance of a smile. He has long red hair. He wears a black hat, and long black robes that cover his body.

He's a very passionate person, with mannerisms similar to Bashin. He likes to explore the world.

King Uchuuchouten is the leader of Thousand Spirits Group, and may be Number One of Numbers Elite (though this is never proven). He normally made speeches at each tournament that the organization ran. He was believed to be the strongest card battler, that all strived to challenge some day.

King Uchuuchouten's true identity is that of Touha Bashin. He once battled in a team with his wife, Hayami Bashin. Their two greatest rivals were the Kiano siblings from Europe. Touha left behind his wife and son, Toppa, in order to travel the world.

He was eventually betrayed by Number Nine, who planned to use the power of the stones to release Isekai World into the real world, and rule it. He took a strange star-shaped item from Uchuuchouten, which seemed to be the cause of his supernatural abilities, and declared himself the king.

When Number Nine was defeated by Bashin, the star transferred back to Uchuuchouten. However, controlled by the rage inside Number Nine, Uchuuchouten planned to carry out Nine's plan for real. He challenged Bashin, using a six life system, and declaring that both worlds would be risked in the battle. During the battle, he used The Deity Catastrophedragon, which he called "a spirit from the future." Bashin defeated him, which restored the world to normal. Because all the stones, which were used as lives, were destroyed in battle, there would be no way to access Isekai World again. Along with the world, Uchuuchouten also became his normal self, Touha. Bashin was shocked to learn that it was his father, and the family was reunited once again.

In the epilogue, Touha decided to continue his journey. Before going, he left Bashin with a new red stone, so he could once again talk to Aibou, and battle in Isekai World.

He is the leader of Thousand Spirits Group, and Bashin's father who left when Bashin was young.

Uchuuchouten disapproved of Nine's goals, believing that no matter what one suffers through in life, they should keep hope and move forward.

He remains sealed in Isekai World, stating that it's part of his own destiny. 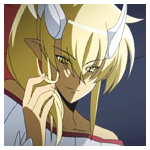 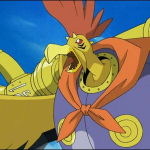 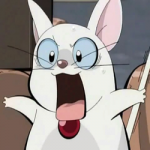 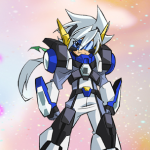