Dynast's Force (Sorcerer's Blaze in Bandai's English release) was a starter deck in the Battle Spirits Trading card game. It included spirit, nexus and magic cards in the colors red, green and yellow. Rather than being numbered as a unique set, the cards included are considered a part of BS03. 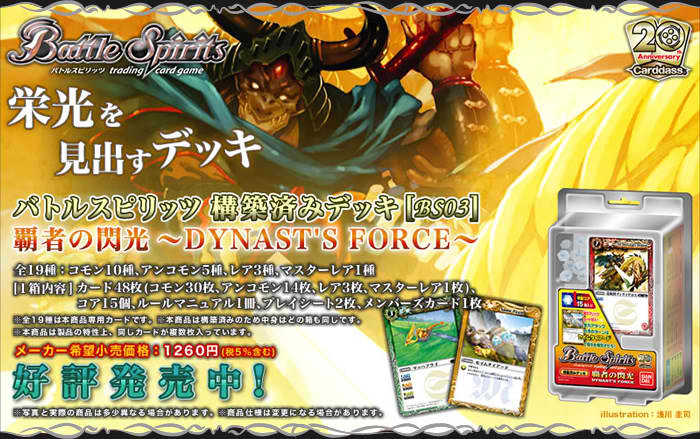 Retrieved from "https://battle-spirits.fandom.com/wiki/Dynast%27s_Force?oldid=153213"
Community content is available under CC-BY-SA unless otherwise noted.