All of the cards in this set are burst cards. The set included 16 new burst cards. Also, all previously released spirit burst cards have a alternative artwork design, and all previously released cards (that were not spirit cards) have their "English Name" at the top removed. Therefore, all cards in this set have the "<1> Block 1 Symbol" at the bottom of the card, instead of the original symbol from the previous sets. 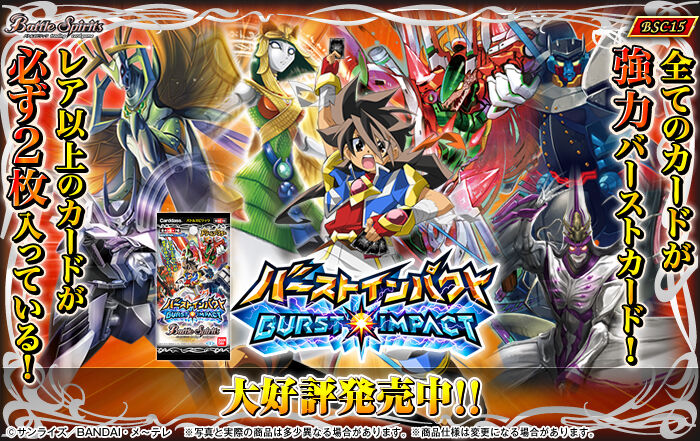