This set was never released in English, though all included cards were. 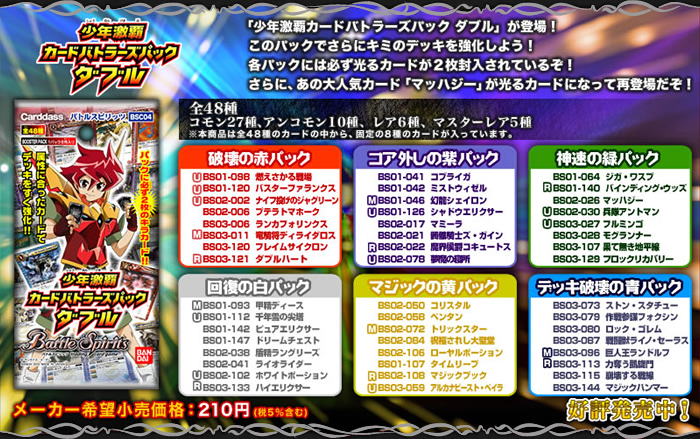 Retrieved from "https://battle-spirits.fandom.com/wiki/BSC04?oldid=153221"
Community content is available under CC-BY-SA unless otherwise noted.